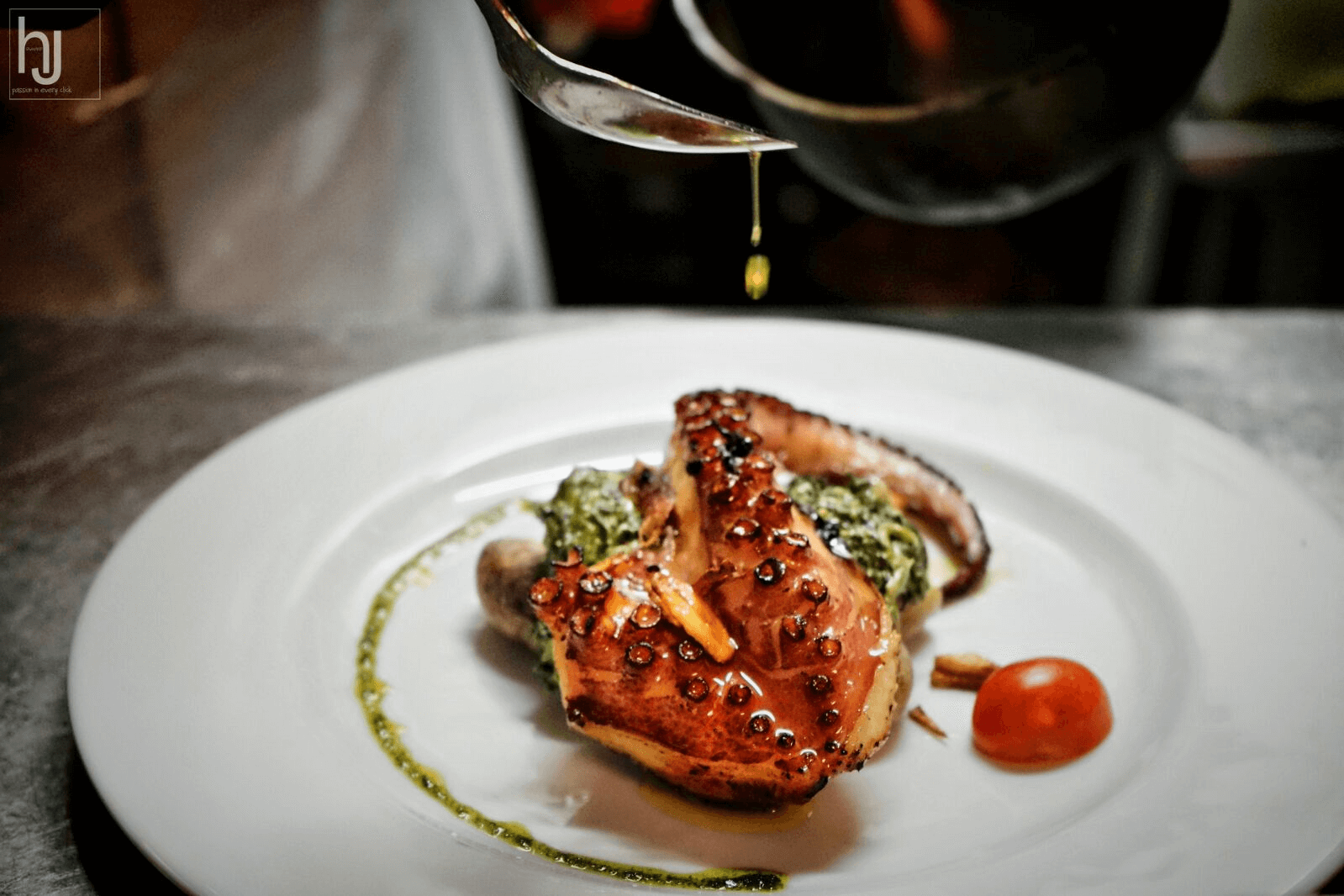 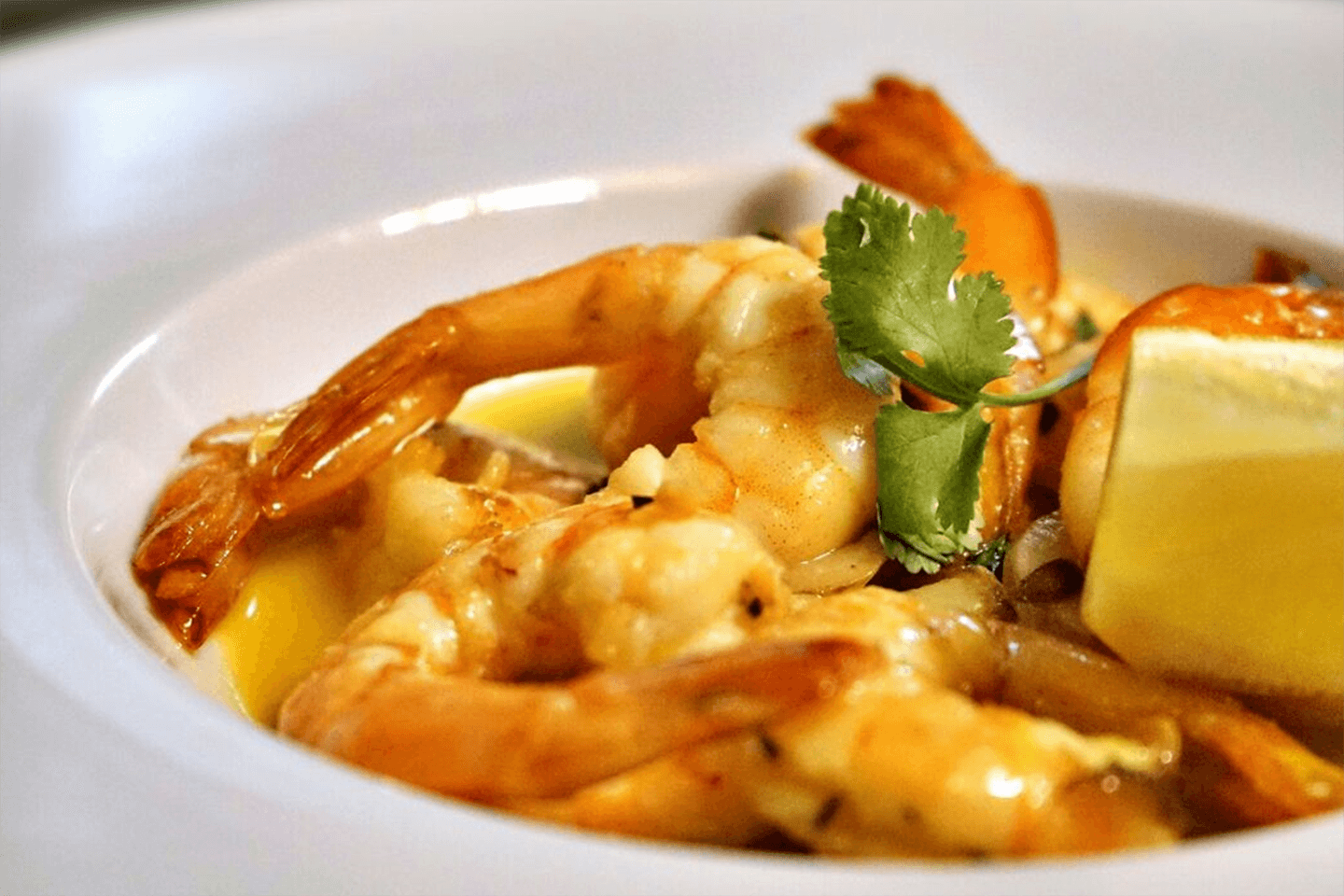 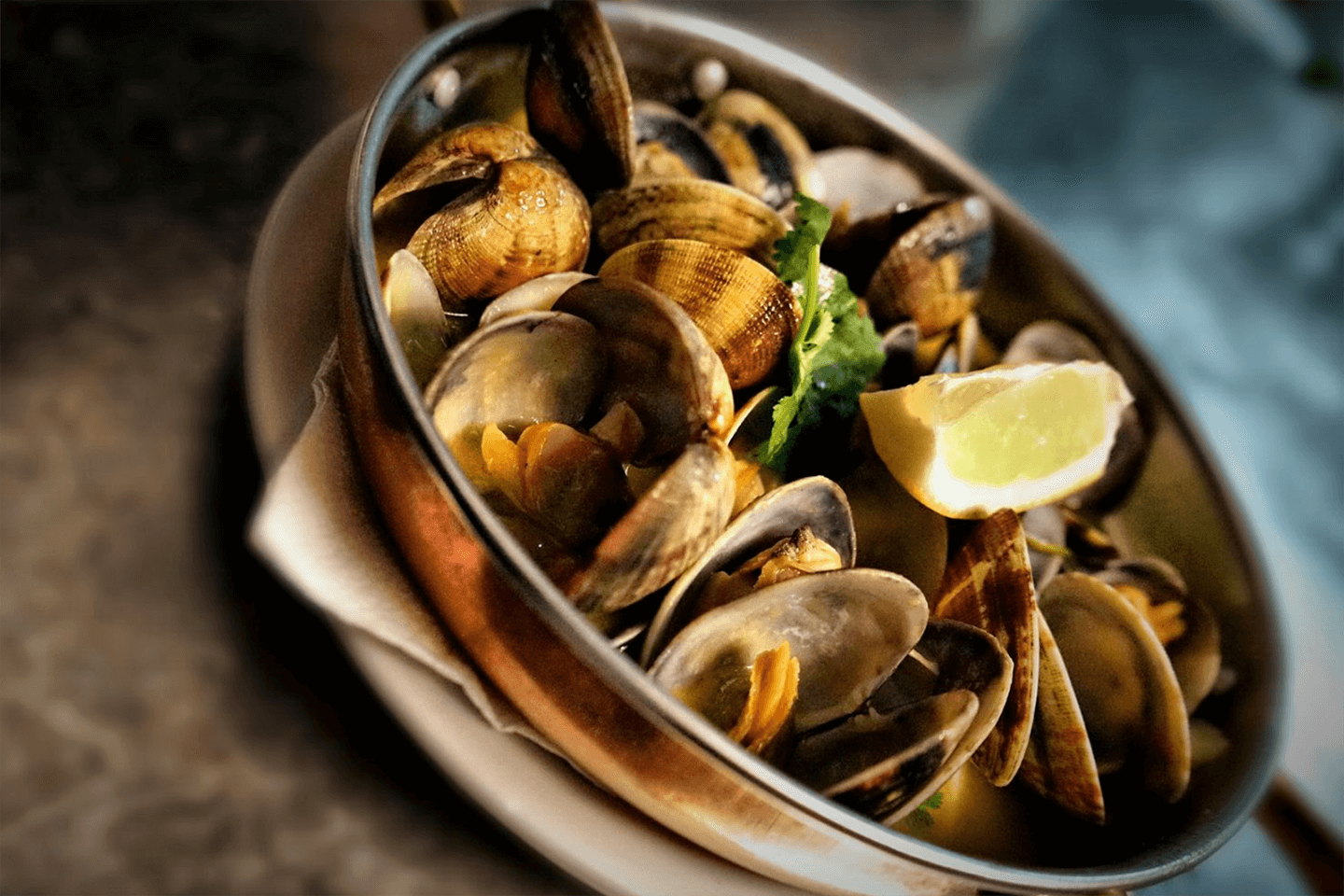 
Having heard about this restaurant from our hotel recommendation, we enjoyed it so much that we returned for a second visit.

The interior is beautiful, atmospheric and made for a lovely meal. The service was superb on both occasions and I cannot compliment Carlos highly enough based not only on his attentive service and manners, but also his recommendations. The pale ale was superb and the Iberian pork was perfectly seasoned.

We had the Tornedo steak and John Dory the first night - both delicious.

If you are fortunate enough to have Carlos serving you, then you are in for a treat. If not, the rest of the staff were friendly, helpful and went out of their way to help us enjoy our evening. Oh and try the brownie if you are a fan of desserts.


We discovered this restaurant from a hotel concierge (not our hotel) after the restaurant we were booked for had a menu that didn’t suit us. We hit gold. The décor is very modern and fresh, and the hostess and waiter (John) were friendly and charming. We didn’t have reservations, but they were able to seat us. We started with a green salad that wasn’t on the menu. We had been away from home for almost a week, and we were craving a simple green salad, so the chef made us a green salad with lettuce, tomato, cucumber, onion, and herbs with a lovely dressing. (On the second night—yes, we returned!—the couple next to us saw our salad and ordered one. Perhaps, Sacramento, you should put it on your menu?) We had the monkfish and skate dish and the roast pork ham, both of with were some of the best food we ate in Lisbon. On the second night, my husband had the monkfish and skate again, while I tried the Brie Hamburger, which was so not what I expected: The Brie was mixed in with the portabello sauce (which was quite strong; thankfully I ordered it on the side. But my husband loved it, and I’d go by his palate rather than mine.) And it did not come with a bun. I thought I’d get a Brie burger, and instead I got a hamburger patty. But it was cooked nicely and tasted great. We would definitely return to this restaurant if we came back to Lisbon.

One thing about Lisbon restaurants that you should know: They charge per person for the bread. My husband was not eating bread, yet we were charged for his share. So if you don’t want bread, don’t let them put it on your table. Or let them know that one person isn’t eating it so they don’t charge you.


We were recommended this restaurant by our hotel concierge for the first night of our 1 week stay and it was the only restaurant we returned to a second time despite eating some fantastic meals in Lisbon.

It is great for a lighter informal dinner (our first night requirement) or a push the boat out last night feast (our last night choice). The atmosphere and clientele is stylish and relaxed. The tone is set by the tall hirsute male owner (or senior manager) who has his finger firmly on the pulse. I am sure many of you reading this will nod when I say that we knew within 5 minutes of walking in that this is a serious restaurant.

There is a very broad menu of meat and fish and both were excellent. My octopus tentacles in olive oil and garlic was sensational as was the shredded cod at second visit and my wife enjoyed a superb rare tuna steak and later beef dish.
Restaurant pricing is mid/upper - 2 course meal with wine for 2 people approx 70/80 Euros.

The staff were friendly,attentive but unobtrusive - they were able to recommend excellent yet inexpensive wines to go with the food.
Portuguese food is surely some of the best in the world in that it relies heavily on its freshness due to its simplicity.We also found the quiet charm of the Portuguese serving staff in Lisbon endearing...


The atmosphere was lovely. The staff were very friendly, welcoming and helpful especially Carlos ( very pleasant personality and nice to chat with).

I ordered the mix seafood platter for main and Carlos but thought it might be too big for one person. Carlos kindly arranged for a half portion which was plenty.

The food was so delicious. We recommend for anyone who would like to try the traditional Portuguese cuisine.


We celebrated the Int'l Women's Day at this restaurant (recommended by our local host).

It was not easy to find it - google was confused and sent us to the military barracks in neighborhood. YOu need to take the lift up to the Sacramento Calcada - one of the hills of the city and historical complex of former University. The view from the top is amazing - right across the city below you can see the castle... The restaurant's decor is a little cheezie compared to the location. The menu is vast (includes vegetarian dishes), vine list is second to none, and the service is knowledgeable and accommodating. The prices are now low, but not the highest you can see downtown.